or check out our Lost Pokémon dossier for more info.

These sprite sheets were printed in the 1990 Capsule Monsters pitch. The first one features the first 17 Pokémon sprites ever designed (and possibly also the first to be coded into the game), and they line up with the internal index order… give or take the first two slots, while the second one follows the ID list up to ID 30, revealing a total of 31 Capsule Monsters, most of which later became official Pokémon. One of the glaring differences compared to the final Gen 1 sprites is that they probably had a fourth 64×64 sprite template along with the three final ones. We also have a taste of what a backsprite might’ve looked in the early stages of development – a far more detailed appearance than what we got, that’s for sure. 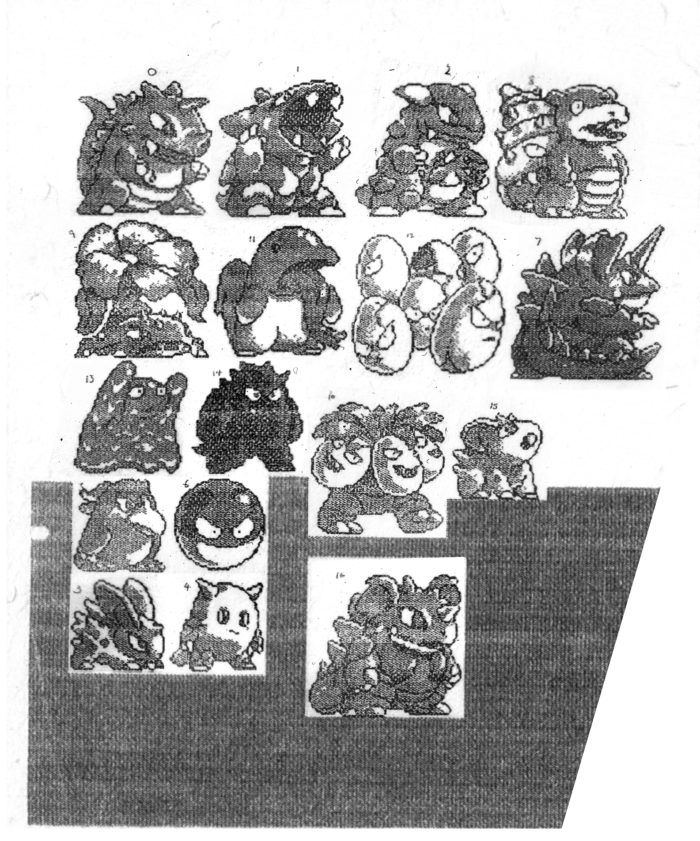 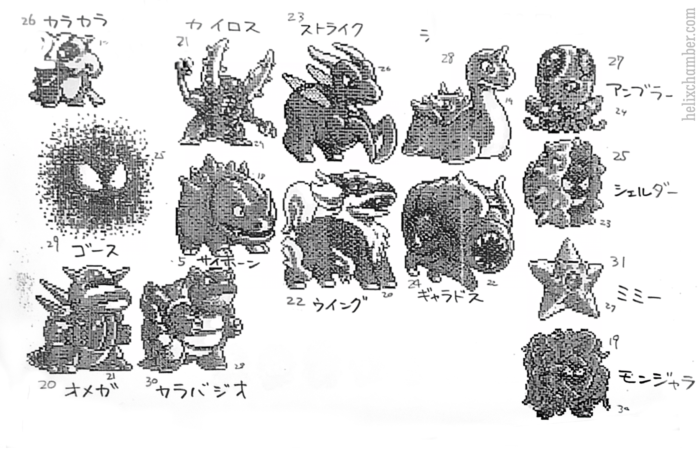