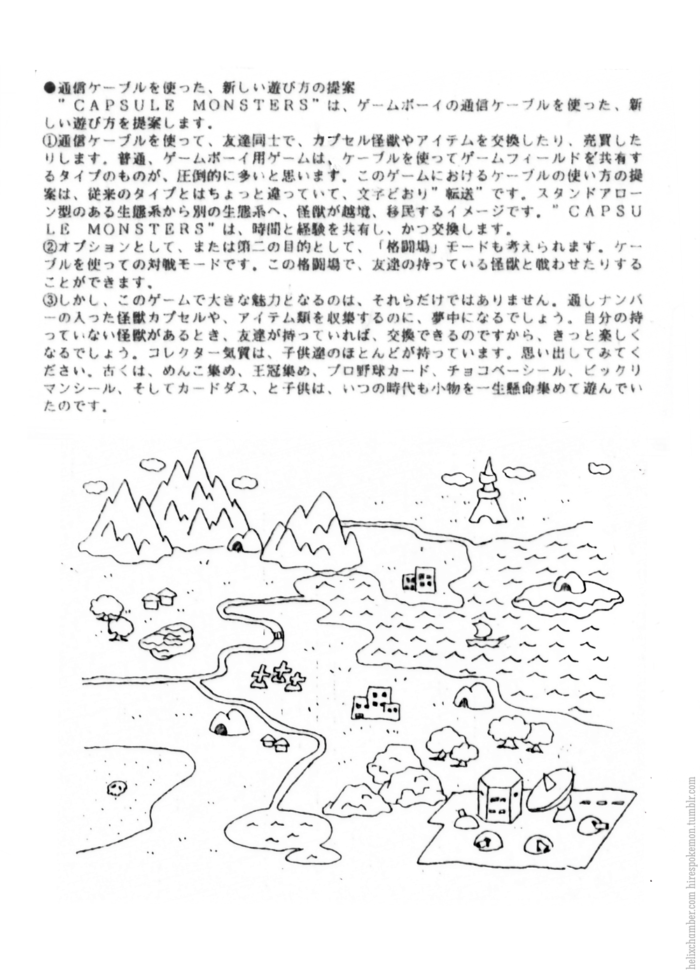 This proto-Kanto landscape was revealed in the preface to the 2018 manga about Satoshi Tajiri’s life. You can see many different habitats that didn’t make it to the final (like the desert, lakes, and rivers) as well as locations that evoke a familiar feeling.  Please note that the actual layout of Kanto was included in the pitch and was dated 1990, so all this is a conceptual, not an entirely different design for Kanto:

The text above is unrelated to this concept art. Instead, it explains the functionalities of the trading cable and how it will be used within the games. Apparently, money was planned to have another function in the earliest stages, and trading items would have been possible. To this day we still can’t trade items by themselves, but Generation 2 onwards added the ability to attach them to Pokemon while trading, and Pokemon Stadium allowed you to store items and move them between games (allowing for a rather interesting sequence break in Gen 1).